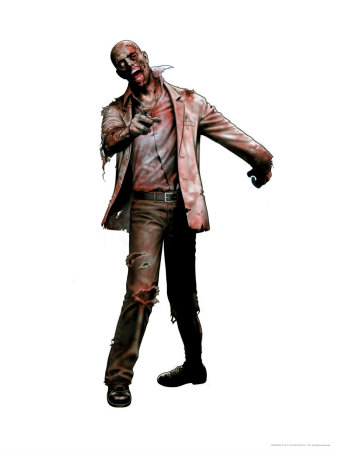 I am still slightly nervous, despite the passage of years since his ostensible death, that Richard Nixon may not be finished after all, his Dracula-like visage  poised to pop up any minute on a television screen proclaiming “eternal damnation with honor” having somehow escaped the clutches of Beelzebub. Though the reports have been only of his political death, former Speaker of the House and connoisseur of extravagantly priced jewelry Newt Gingrich appears on the basis of a couple of polls released today to have bolted up from his political pine box tan, rested and ready.

Though hardly as significant as Tricky Dicky, and equally devious only in his dreams, Newt’s persistent hovering over the years in a twilight realm somewhere between the living political world and political Hades has made him like Dick, another ghoul most of us thought we had seen the last of, but never too sure.

Of course realistically he’s just the latest warm body not named Romney spun out the candidate revolving door, the grunting and drooling Republican base still in search of a presidential soul mate who can tie his or her own shoes in public without a conspicuous accident. Though Perry, Cain or Bachmann have been Democratic dream dates for the general election, Newt will certainly do. But as with his predecessors atop the Republican polls, his fifteen minutes of fame likely will only be ten.

Still, it’s going to be fun as long as it lasts, Newt’s ephemeral resurrection for Democrats being just the very best possible commentary imaginable on what a dreadful bog of futility the Republican primary campaign has been so far. With the party in thrall, or perhaps more accurately with its testicular sovereignty tightly in the uncomfortable vice grip of rightist exoticism, its base committed to jihad, the only acceptable candidate is all but predetermined to be some ugly and scary ideological swamp thing.  So it’s Bachmann, Perry and Cain down, Gingrich and Santorum to go.

Best of all, between now and the moment Newt’s current pinball turn goes TILT, all sorts of gloriously amusing, snide, inappropriate, head-scratching, pompous and cosmically idiotic utterances from the man’s mouth await us. In fact, Newt Gingrich is the dumbest self-proclaimed intellectual giant of the modern political era.

A Democrat can only recall fondly Newt’s not very illustrious career. He resigned his speakership having accomplished the historically significant feat of  having led his party to losses in the House of Representatives, gains for the opposition party in a presidential lame duck’s final mid-term elections normally all but historically guaranteed until Newt. This was followed shortly by Newt’s admission that he was synergistically perhaps adulterously bonding with a female aide while impeaching President Clinton for lying about adultery.

More recently Newt offered the mea not so culpa that, “There’s no question at times of my life, partially driven by how passionately I felt about this country, that I worked far too hard and things happened in my life that were not appropriate.” Yes, that’s a keeper in the annals of uproarious excuses. If the presidential thing doesn’t work out for the best Newt, put that passion in an erectile dysfunction pill and call it “Patriotism.” The double entendres along the lines of salutes and swelling pride in the advertisements sort of write themselves.

For all his doughy heft on the political scene all these many years, it should be remembered that the only place that ever elected Newt was a tiny congressional district in Georgia that for all intents and purposes is a little slice of ‘Deliverance’.   When it comes to baggage, the man is a fully loaded Federal Express plane. He famously shut the government down in the 1990s, initiating a game of chicken which according to the contemporaneous and historical consensus resulted in his public de-pantsing at the hands of President Clinton, his political superior by a Georgia country mile.

His rise to the Speakership was almost solely based upon, and a due reward for his reliable lack of inhibition when it came to lobbing the incendiary and slanderous at the opposition, a sort of Eighties version of Michele Bachmann sans the pinwheel eyes. Written in heavy ink in The Newt’s Ledger of Shame is his famous and oft-documented dumping of divorce papers upon his poor wife as she lay in hospital afflicted with cancer. Nice.

But on a lighter and much more recent note, Newt’s description of President Obama as motivated by “Kenyan anti-colonialism,” has the former Speaker diabolically poised to catch the next wave of popularity for historical western colonialism, all but extinct now it may seem, but only a comeback away from lifting Newt to leader of the free world.  The consultant cognoscenti surely would agree that if there is an inside track on the increasingly important pro-King George swing vote Newt has it.

So meet your new front-runner, Republicans. His new status is an uplifting development for stand-up comedians, Democrats, and people everywhere who simply love to laugh, everyone in fact but you.