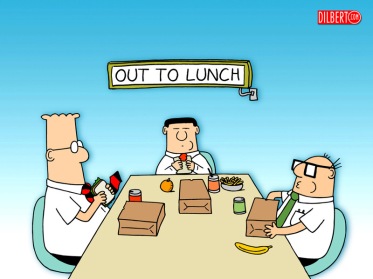 One must admit that when a segment of the population accused of being arrogant, elitist, entitled and obnoxious reacts to the accusation with arrogance, elitism, entitlement and obnoxiousness it is an unsurprising gift. You want to be fair to the rapaciously greedy, and then they go and behave cavalierly.

Speaking in “private” to New York Times reporters Nelson Schwartz and Eric Dash, some representatives of the Croesus Brigade offered their opinions on Occupy Wall Street, as well as to the thrust of the sentiments it incorporates. “Most people view it as a ragtag group seeking sex, drugs and rock and roll,” a hedge fund manager told a reporter. Well, right away you understand how estranged they are from the 99%, because the seeking of sex, drugs and rock and roll is a way of life for those of us comprising the Unwashed 99.

“It’s not a middle-class uprising,” a banking CEO said. “It’s fringe groups. It’s people who have the time to do this.” Yes, unemployment creates an enormous amount of leisure time, and the 14 million person fringe group of the unemployed says, “Hi.” My run-of-the-mill analytical skills allow me to conclude that the one percent reputedly out of touch may indeed be, if they fail to understand that middle-class Americans might be unemployed, protesting in a park, or  both at the same time. Failure to perceive that college students perspicacious enough to be aware of America’s warped economic condition are commendable rather than deplorable is revealing too. Perhaps these Wall Street folks are the intellectual cream of the crop and deserving of their fortunes, but their unawareness that recent college graduates employed or unemployed generally are middle-class, and tend to be a demographic smack in the crosshairs of a long-term unemployment crisis indicates otherwise.

I also would remind our esteemed financiers that the facts behind the protests are true or not no matter who is doing the protesting. And the nation’s trend of wealth disparity, lack of economic mobility, corporate and financial sector bloat and money-bought politics is factually beyond dispute. Could it be that what we learn from Wall Street’s “private” opinions  is that these guys really are the venal little hothouse flowers we suspected they were?

A person identified as a longtime money manager snarked, “Who pays the taxes?” To which I snark: Hey Einstein, who has the money? This very same wag reminded us, “Financial services are one of the last things we do in this country and do it well. Let’s embrace it.” Aside from sounding  like a character in a Bunuel film, I think you may have put your finger on a real area of concern there Sherlock. And I’m fairly certain deification of investment bankers isn’t going to be the solution.

The Times reporters were informed by the same money manager that members of Congress from New York, Kirsten Gillibrand and Charles Schumer were being de-friended now by the investor class for a conspicuous unwillingness to rally to the defense of The Street. He added, “They need to understand who their constituency is.” I feel compelled to ask this money manager what Pogue Colonel asked Private Joker in Kubrick’s film Full Metal Jacket: “Whose side are you on, son?”   This is as close to offering confirmation that American government and American politics are bought and sold, and that their current proprietor is the top one-percent that we are likely to get.

To date I have found that Occupy Wall Street has been remarkably astute with its diagnostics for what ails today’s America. Perhaps the only group doing better at the same job is the oblivious membership of The Street themselves when they open their mouths.