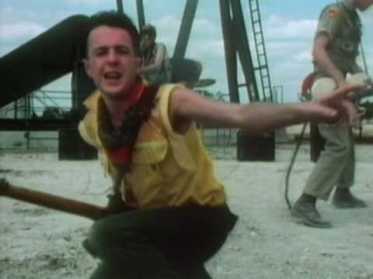 No doubt I should have added brain to that list of retained items, since those conspicuously absent one already did enough harm electing sixty-some new Republican obstructionists to the current congress.

But for the rest, having witnessed the banks and investment class set off a nuclear detonation at ground zero of the world economy after a thirty year governmental abstention from regulation, we just watched them, with the help of the Teabaggers and the Republican nihilists in congress dance away from the scene of the crime like a demented Fred Astaire.

Hence, Occupy Wall Street and all protests and activism around the country arising from it. Of course, had Obama and the Democratic congress come to town in 2009 like the wrath of god, situating the blame where it belongs for the American people, and remorselessly, ferociously pressing both for punishment and real reform, time and energy devoted to occupying plazas and parks might have been put to other use. But such was not the case. For the record I give Obama credit for having his heart in the right place, but fault him for hanging on to the illusion of bipartisanship in this obdurate political environment well past the expiration date.

But a hard core and ignorant Republican mob enflamed that a black president was attempting to move the country forward (an infuriating cultural and ideological affront of course) miraculously and nonsensically diverted the blame to BIG GOVERNMENT, which quite obviously no longer was big enough even to regulate, control, or countervail the power of the financial and corporate giants when they drove the economy off the rails with ridiculous risks, and levels of tacky greed that would make Croesus blush.

In the meantime those judicial skanks in the conservative majority on the Supreme Court rubbed it in with the Citizens United ruling, giving corporations the status of people, and the green light for spending an unlimited amount of money in the electoral realm. It guarantees America’s political process, so uniquely subservient to payola will be even more so. According to opensecrets.org the candidate with the most money to spend wins elections for the House of Representatives 93% of the time, and for the senate 94% of the time. Corporations and the wealthy have pretty much bought themselves a country. Luckily for you, they’ll they let you live it in if you keep your voice down.

And of course, after President Bush left an economy shrinking, and joblessness exploding, his Republican helpmates through his presidency had the indecency to obstruct any and every stimulus proposal or jobs plan Obama designed in order to alleviate a bit of the pain. Why? The Republican senate majority leader Mitch McConnell  made it absolutely clear why: “The single most important thing we want to achieve is for President Obama to be a one-term president.” No, he didn’t say getting the economy back on track or putting the American people back to work . Rather, as he brazenly announced, it “is for President Obama to be a one-term president.”

So that’s the nauseating history: Banks, investment  and mortgage companies, insurance and real estate interests take advantage of a post-Reagan depletion of regulation, Republicans bust open the deficit, support expensive elective wars sans paying for them, leaving a stinking mess; and then Republican obstructionism, wingnut teabaggers and extremist ideologues on the right offer the smokescreens and resistance to reforms that allow the perpetrators to get away with murder, and even to shift the blame. Such is the power of conservative media and messaging in a relative vacuum.

But Occupy Wall Street, and what many anticipate it finally portends, has appeared in order to begin to fill the vacuum. We hope. I think it’s fair to say that the above stated set of historical facts has produced a profound frustration, as many a person’s sense of justice, fairness, reality, sanity and social, civic and political health was egregiously violated over the last few years.

And let’s be clear about the nature of the enemy. Anyone expecting to appeal to the better nature of Wall Street and corporate America, or for that matter to that of the conservative ideologues who take their contributions and represent them, should cast that expectation into the nearest port-a-potty. We are dealing with pure, nearly sociopathic id here, with no tempering social and moral values.

Whether it’s the corporate sector or their political wing, there is no desire to work together, cooperate or compromise; and in fact such overtures are scornfully viewed as pathetic.  They want to win, for their own lucrative vested interests, or to impose an ideology. I would suggest the quicker the liberal side of the political spectrum and the Democratic Party, or for that matter anyone else agitated by this decidedly atrocious state of affairs, fully ingests and digests the somewhat unappealing, nevertheless unavoidable reality that the quicker they can begin to contend on an even playing field with an equally ferocious hunger to win, the quicker things will move in a better direction. Win. Then, perhaps, cooperation and compromise may come along.

In the meantime, occupy it long and occupy it hard.