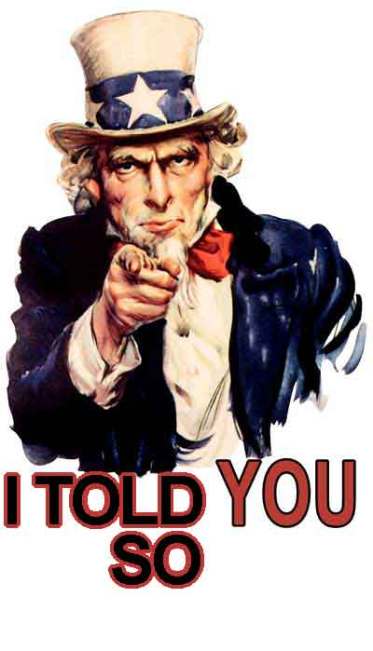 The stock market isn’t cuddly, but one certainly can say this about it: it knows what it wants, and it’s fairly single minded in its pursuit. It wants to make money, and depending on the investor, make it hard and fast or conservatively over time.

Without doubt canny investors playing for keeps have figured out every conceivable way to make a haul. But there are still certain basics to the psychology of the whole shebang, and they generally relate to opportunity for growth in specific areas or in the overall economy.

Austere Europe and an American political class committed (in the mental health sense, certainly) to a stagnating if not contracting economy send a signal at approximately the decibel level and pitch of a warning siren that those remaining who have the capability to infuse an economic jolt have no intention of doing so. One can rightly conclude that the two-week run of rational pessimism expressed by the investor class isn’t in competition for most shocking turn of events in modern history.

The world’s most powerful economy, with its debt ceiling surrealist movie and final doomsday deal just gave itself the last rites, so it would have been hoping for a little too much that the world’s investors wouldn’t even notice. And more to be expected than ironic, despite the Tea Bagger Republican Brainiacs’ claim that because of America’s ooga booga scary national debt the nation was about to lurch into the cold Atlantic like Titanic, our Treasuries are now the place investors are mad dashing to park their dough.

A battalion of economists and analysts have advised since 2009 that both the depth and the nature of the Great Recession would require very strong government action to adequately rejuvenate a cadaverous economic state. Instead, the philosophically meshugana and otherwise mendacious We Want Obama to Fail Republicans did everything within their power to snuff it or muffle it, Blue Dog Democrats cowered like the whupped pups they tend to be, and Obama did his Great Compromiser shtick and we ended up with a half loaf stimulus plan that ran out of gas just when most competent economists said it would.

If you listen to the wrong people all the time and do the ass-backwards wrong thing all the time, a stupendously awful result can’t exactly be written off as the act of a vengeful God.

Of course ten minutes after I finish writing this the sharpies will start to move in to gobble up the now available bargains. Or maybe they won’t. For the life of me, I can’t imagine what light even the most courageously opportunistic can see ahead in this self-sabotaged dark tunnel. You get the feeling even they know that this time, there is a stink that’s going to hang in the air for a long time. And with Obama out of the way and the coconuts running the show good luck with that economy fellas.

It would be comical if it wasn’t such an avoidable catastrophe. Hell, it’s still comical.