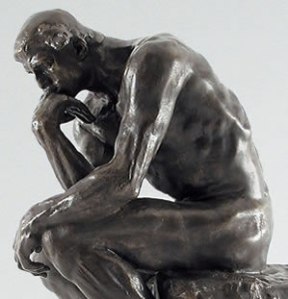 It’s Newt, so he didn’t actually know he’d had the greatest idea in the history of ideas. If you’re not particularly foresighted you might simply accuse the former Speaker of the House of scare-mongering, hysteria, pandering and making a statement possessing no degree of comprehensible sense on the planet Earth, when he said:

“I have two grandchildren — Maggie is 11, Robert is 9. I am convinced that if we do not decisively win the struggle over the nature of America, by the time they’re my age they will be in a secular atheist country, potentially one dominated by radical Islamists and with no understanding of what it once meant to be an American.”

Short-sighted people might read that statement and declare, “Wait a minute. How can a country be dominated by Islamists, and at the same time be a secular, atheistic country? Really, that’s an entirely meshugana statement.” Oh yeah? Let me just remind you of Emerson’s admonishment that, “Foolish consistency is the hobgoblin of little minds.” Au contraire, Newt is on to something here.

Let’s not be such sticklers we lose sight of what Newt was really trying to say, of the visionary paradigm behind the seeming discombobulation, even if, and a minor quibble it is, he couldn’t actually articulate it. And why should he? The man is a thinker, not a communicator. Genius has its own rules.

The future America Newt has seen, a vision available only to those gifted with Newt’s brand of extraordinary laser beam focus, is a half-atheist, half-Islamist nation. What’s so great about that you say? Are you kidding me?

The first good news: Protestantism, Judaism and Catholicism won’t be cluttering up the place, regaling us with all manner of humbug and hypocrisy, and haranguing us with all sorts of candy-ass do’s and don’ts. We’re going to live large. Whatever the Unitarians, and Churches of God and other small franchises of the Lord do, they won’t be doing it here.

Here’s the thing about Islamists. You get a whole one and he’s a peck of trouble. Half a one not so much. Throw in half an atheist, and you’ve got yourself a somewhat reasonable human being.

Look at it from the security standpoint: your half-Islamist underwear bomber is singeing one of his balls, not two. Roadside bomb clipped your Humvee? Half a Humvee is damn near energy efficient, a win-win.  Though he didn’t actually say it, or even think it, somewhere in the back of Newt’s mind, in the jumble of patriotism, deep human kindness and concern for his fellow beings residing there, was the notion that if Mohammad Atta had been half-Islamist New York still would have at least one of its Trade Center towers standing.  As you can see, these are not small stakes in play here and the nation’s future security may hang in the balance. Go, Newt!

So the policy scenario will be thus: implement the all-Islamist immigration policy. Once here, we assimilate them with the atheists till they’re half and half. And here’s the real beauty part: once we’ve sliced the Islamists community down the middle, we start in on the pedophiles, homicidal maniacs, psychopaths, and eventually Republican primary voters. Half is more, not less.

And you’ve got to love the atheist side of this equation. Atheists, if my history is any good at all, have been responsible for very little ruckus in the United States. Stellar citizens as far as I know. In fact, unlike some of our citizens I won’t name (Republicans, tea-baggers, reactionaries, Luddites and hicks, oops) atheists are less likely to have their rationality trumped, meaning by and large they believe in science, evolution, climatology, the value of human knowledge in the forming of public policy, that sort of thing.

So we salute you Newt: our foremost public intellectual.