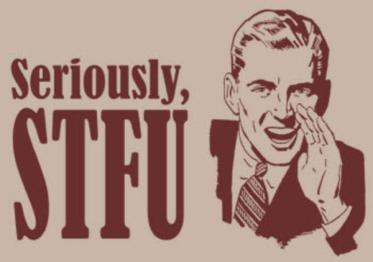 We’ll stipulate that we’re all Americans (whether we like or not) and that Americans can still shop, drive, enjoy movies and sporting events, and eat in restaurants alongside one another in relative peace. At least for now.

Beyond that, Polarization Maximus is a done deal, a fait accompli, over and out, spilt milk, that’s all folks.

On the right, good faith, good manners, moderating, conciliatory inclinations evaporated many, many years ago. They’ve been replaced by a hardened, absolutist, radicalized, intractable and obdurate frame of mind. Stop pretending otherwise for the good of everybody.

Among ordinary Americans, the two political sides despise and detest one another, and for my own part, I’m proud to spin my head 360 degrees, and spew vomit on the extremists of the right any chance I get.

Now, I’m not Jeff Zucker or Leslie Moonvenes, so I do not speak for a corporate news operation that can and happily will monetize anything up to and including the disembowelment of infants in soccer stadiums, and cannibals picnicking in the streets. We’ll make a fortune.

William Paley, Edward Murrow, and compartmentalized news operations with a preeminent public affairs mission insulated from profit and entertainment concerns is as quaint now as truth itself.

When pundits and anchors and news television producers had the opportunity to identify and slow the normalizing of aberrant radicalism and systematic, methodical defiance of truth and facts, they took a nap. Fear, caution, profit risk, career contentment, who gives a shit?

It’s too late now, no matter how many homilies to conciliation are blithered into TV cameras. You can’t turn back the clock on indoctrination, not once it’s deep into the DNA of a large chunk of the population.

Suddenly, Trump Orwellians are lying to the face of the media, and spitting in the eye of the public. Geez, how did that happen? Sun comes up in the west? Well, that’s one side of the argument surely. But we were balanced, weren’t we?

And for Christ’s sake, no more advice to Democrats from anywhere to reach out to the white working class. As if advocating for unions, consumers, the minimum wage, health insurance, and stricter regulations on Wall Street and corporate steamrolling aren’t adequate outreach. Are you fucking kidding me?

I’ve spent hours engaging with ordinary Republicans and Trump voters on social media and face-to-face. They invariably harp on one thing: undeserving people taking from government. Underserving people in general. Nothing about hardship, rough times, or woe the plight of the workingman. If you don’t believe decades of southern strategy, stereotyping and propaganda have turned their brains into racialist clam chowder, God help you.

In fairness, they do complain a lot about immigration. They really don’t like the undocumented. You try explaining to them how immigration of every kind is a demonstrable economic plus, how jobs aren’t lost to immigrants, because they’re an entirely different kind of jobs, how the Social Security Trust Fund is larger because of the undocumented. You might as well chop off your hand and eat it for all the difference you’ll make. They know what they don’t like about the nonexistent wave of immigrants. And it isn’t something found in economic statistics. Look for it on the color wheel.

And they think trans people are really funny. We can’t ridicule them to our heart’s content, and still call ourselves respectable people? Tyranny.

As a product of the white, working middle-class, I say this to the white working class: stop letting Republicans sodomize you every which way from Sunday. Black people, brown people, gay people, immigrant people, they’re your natural compatriots. Corporation-fellating, faux-religious, trickle down (as in pissing on you) entitled, bigoted, reptilian Republicans never were.

For now, dear pundits, the rest of us are going to  hate one another’s guts to the point of civil war. You didn’t see it coming? Pro-tip: journalists ought to be observant.

The fact that paid opinion givers can chat amiably across green rooms, or civilly bat controversial subjects around on set, is indicative of nothing but the comity that can exist among invited guests.

I reiterate: who gives a shit?