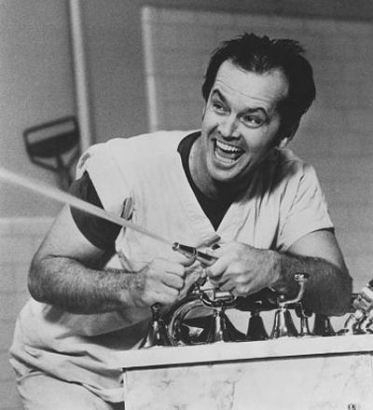 Jon Huntsman isn’t the first John to bravely grapple with the forces of primitivism and fundamentalist resistance to modernity. John Scopes took a stab at it back in 1925 when he had the temerity to teach the Theory of Evolution in biology class in the state of Tennessee where it was illegal to do so. Weighing the difficulty of each man’s plight in comparison one must reach the conclusion that the task facing Mr. Scopes was the easiest by far.

Yes, Tennessee actually had a law on the books, the Butler Act, that legally proscribed evolutionary theory as a topic in class; and yes, the World’s Christian Fundamentals Association and William Jennings Bryan were on Mr. Scopes’ case literally. But while Tennessee and the fundamentalists prevailed in the initial trial, opposition to evolution as essential and very basic science increasingly was associated with deep woods fundamentalism, and over time, evolutionary science became standard in high school biology texts.

Still, John Scopes and Clarence Darrow and scientists and academics of the era didn’t have to contend with Fox News, Rush Limbaugh, the “Tea Party”, and the leadership and bulk of the membership of one of the nation’s two principal political parties. That machinery, astonishingly, now seeks to, and to some extent has been successful in pushing the nation back toward the early 20th Century backwoods of Tennessee. Bad as it is for enlightened, reality-based Americans to witness evolution somehow controversial again, think how depressing it would be for Mr. Scopes had he been unfortunate enough to live so long.

Jon Huntsman of course has made news of late dismissing the radicalism of his fellow Republican presidential candidates, scoffing at the ignorance and extremity of rejecting Darwinism and global warming science in the second decade of the 21st Century. Given his finish in the Iowa Straw Poll (again, it sounds like a piece of farm equipment) and his unchanging residency in the basement of the public opinion polls it is difficult to know where he is going strategically as a firm proponent of enlightenment. If he’s going to find an audience for that in today’s Republican Party he’s going to have to take a page from Genesis and just create it.

And Jon Huntsman is no liberal, by any means. He’s no moderate either. By any previous or traditional standard Jon Huntsman is very, very conservative. Not only was he opposed to the recent health reform measure he advocates its repeal. He favors a constitutional amendment banning abortion. He would have voted for Paul Ryan’s radical budget plan. He opposes any restriction whatsoever on assault weapons. So it’s noteworthy to say the least, when he states explicitly that his fellow Republican presidential candidates are, “too far to the right.”

While he does not take issue with fellow Republicans on basic ideology, he is singling out the Party’s specific and pronounced drift into irrationalism, anti-intellectualism and opposition to traditional science. Huntsman’s statements indicate he understands what is most treacherous about this cultural regression, not just for the Republican Party,but for the country as a whole: at a time when America is falling seriously behind educationally among first-world nations, particularly in math and science, and as economies become ever more technologically dependent and complex, the fetishism for the anti-scientific and the anti-rational threatens the nation’s economic future. Huntsman said:

“When we take a position that isn’t willing to embrace evolution, when we take a position that basically runs counter to what 98 of 100 climate scientists have said, what the National Academy of Science has said about what is causing climate change and man’s contribution to it, I think we find ourselves on the wrong side of science, and, therefore, in a losing position.”

And let’s face it, Huntsman is addressing a political party that seldom misses an opportunity to disrespect public school teachers or to negatively stereotype intellectuals and “elites,” and long has publicly regarded academia as exotic, un-American and perhaps more obtusely, accused it of, “not living in the real world.” Without dissecting the myriad cultural biases and prejudices here, such anti-intellectualism and contempt for education and for educated people is a sobering cultural development…one might go so far as to say alarming. In fact, I’ll go so far as to say: it’s alarming.

Whatever his motivations and whatever the political calculus, it can only be encouraging to see a prominent Republican like Jon Huntsman challenge this new bizarrely atavistic Republicanism.  If the GOP can ever be cleansed of its current radicalism and fundamentalism it will have to be from the inside; because this is a bunch unreceptive, to say the least, to anything and anyone outside its hermetically sheltered environment.

There was a time when one could be amused when groups relegated to the American fringe, such as the Birchers and others, would call for the impeachment of Earl Warren for the Supreme Court’s role in racial integration of the public schools; or claim the fiercely anti-communist John Foster Dulles himself was a Kremlin mole; or declare that the proposed interstate highway system was communistic, and President Ike a red for his promotion of it.  But at a time when a majority of Republicans have doubted the President of the United States’ citizenship, and its presidential candidates assert conspiracy theories and conduct assaults on the Federal Reserve, federal education assistance, Social Security, Medicare, evolution,climate scientists and the scientific community generally for doing the devil’s work, it ain’t so funny anymore.