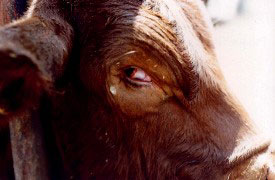 He has the physique of the Pillsbury Dough Boy, a permanent scowl in place of a face, the likability of a sexually transmitted disease, along with the trustworthiness of a feral pig. But Newt thinks he can be elected president, if a report by the Associated Press that he will announce his candidacy Wednesday is true

The man has a resume that would cause a car dealership to blanch with queasiness before turning him down for a salesman’s job. He asked his cancer-afflicted first wife to divorce him so he could marry another woman as she lay ill in her hospital bed; cheated on his second wife with his congressional aide as he was prosecuting Bill Clinton in congress and the court of public opinion for transgressing family values by engaging in heavy petting with that woman, Ms. Lewinsky; shut down the government and earned the scorn and disgust of a god-fearing nation in 1995, and got himself and his party reamed in its happy place in the 1996 election cycle, and then again in 1998 for their hounding of President Clinton.

So many crazy statements can be attached to the man his picture should be on a tube of Krazy Glue. His most recent entry for looniest of them all was claiming Obama has “a Kenyan, anti-colonial world view.” For the Kenyan part of this jewel, one can’t help but notice this is particularly obtuse rhetoric even among the birther brainiacs. As for the other part, perhaps before I render a complete judgment I should give him a chance to run down the complete list of prominent pro-colonialists these days.  And perhaps he can tell me why, assuming Obama is anti-colonial, which I hope is a safe assumption, Newt has taken the side of imperial nations occupying foreign countries, while feeling imperialistically entitled to their resources. Is there a lot of support among the American people for this? Any place on Earth?

Unless I wasn’t paying careful enough attention, and the Redcoats really were the good guys in those Revolutionary War stories growing up, doesn’t America have one of the great anti-colonialist stories and histories of all time?  Is anybody, other than Newt, and perhaps Donald Trump, who has suggested we invade Middle-Eastern countries in order to take their oil, a pro-colonialist? Or does Newt just think its African folks specifically who should be grateful for the guidance and dominion of European betters? I suppose one could argue that tribal Africans should have stopped whining, and made lemonade out of lemons by simply casting themselves as Euro-chic.

But while a pathology that predetermines succumbing to delusions is common among the political class, Newt’s adding another entire chapter to the Diagnostic and Statistical Manual of Mental Disorders. Newt believing he has a better chance of being elected president than of growing wings and flying to Alpha Centauri is professional-grade delusion. You have to give it to the Republican Party though: they have not one, but now two pro-colonialist, egomaniacal, psychiatrically capricious, adulterous, birther blabber mouths throwing themselves into the presidential race. Your Republican Party: offering quality and quantity.